History of the Newcomb and Stillwell Family

Richard Foote Newcomb was born at Bernardston, Massachusetts on September 20, 1837 to Zebina Curtis Newcomb and Maria Lydia Goodale Newcomb. He was their ninth and final child.

Richard secured his primary education in the common schools of Bernardston and later attended Williston Preparatory in East Hampton, Massachusetts, with the intention of attending college. He did not graduate and circumstances brought him into active commercial life in Boston at the age of 16. Here he was an employee for 4 years to Benjamin Callender at the head of a large hardware house in that city. Later he returned home where he took charge of his father's store. They also farmed and operated a sawmill.

In 1860 he married Eliza Ann Bowman. They lived in Bernardston. Richard left there in 1862 when he answered Lincoln's call for volunteers on September 9. He was a member of Company A, 52d Massachusetts Infantry. As a sergeant, he saw service with the expedition of General Banks in Louisiana and later served as a member of the brigade staff. After serving nine months, his health prompted him to receive an honorable discharge and return home to again work with his father, this time merchandising in the east.

In 1866, Newcomb investigated the conditions of the Mississippi Valley and resolved to become a factor in business life in that portion of the country. He first settled in Beloit, Wisconsin where he engaged in the manufacture of wrapping paper in one of their mills. He acquired a practical knowledge that, coupled with his executive ability and commercial knowledge brought him an interest in the business as a partner.

In 1867, the Northwest Paper Company was organized with Newcomb as vice president. They established an extensive paper house in both Beloit and Chicago. Newcomb was joined in this business by his brother John C. Newcomb and his brother-in -law T.L. Wright. The business was the nucleus of the American Strawboard Company.

The Northwest Paper Company lost heavily during the Great Chicago Fire of 1871 and Newcomb decided to move to Quincy, Illinois with his brother. Once in Quincy he purchased the Gem City Paper Mill property on South Front Street from James Woodruff and Frederick Boyd. John was made vice president and Richard named vice president and superintendent. The company was then renamed Newcomb Brothers.

In 1874 Newcomb sold his Beloit interests to his brother and became sole proprietor of the Quincy plant. In 1880 he was instrumental in organizing the Quincy Paper Company, of which he was made president. It rapidly became the second largest strawboard mill in the country. In 1890 he began construction on the home at 16th and Maine Street in Quincy; now home to the Quincy Museum.

He retired from the strawboard business in 1889. At the time of his death in 1904, Mr. Newcomb was one of four millionaires in Quincy. He was president of the company organized to build the Quincy, Beardstown and Havana Railroad and was a member of the planning committee for the Park and Boulevard Association of Quincy. He also owned majority stock in the Newcomb Hotel which was named after him. He owned other properties at the northeast corner of 8th and Maine and a 500 foot frontage on State Street east of 16th. Mr. Newcomb also made the Quincy Public Library possible by purchasing the ground at the corner of 4th and Maine Streets and turning it over to the building commission at a price of less than cost.

Richard and his second wife Anna had 4 children. Elizabeth Marie Newcomb was born on August 15, 1870 in Beloit, Wisconsin. She married John Stillwell on December 21, 1892. John A. Stillwell came to Quincy in 1888 from Hannibal, Missouri, where his family had lived for several generations. John and Elizabeth had three sons; Richard Newcomb Stillwell, John Brison Stillwell and Alan Duncan Stillwell. John and Elizabeth Stillwell moved into the mansion that her father built at 16th and Maine. They lived in the Newcomb-Stillwell Mansion  until their deaths in the 1930's.

In 1890 John Stillwell joined several other men in founding the Electric Wheel Company, which manufactured wheels and mountings for agricultural implements wagons, and other equipment. He served as president until his death in 1935. Their son, Richard Newcomb Stillwell married Lilian Pierson and was blessed with two children, John A. II and Jane. John A. Stillwell II married Gay Miller and had three sons, Richard Newcomb II, John Brison II and Charles Miller. Jane married John Winters and has one daughter, Kathryn Newcomb Winters.

In addition to the Stillwell family, mentioned above, the other children of the Newcombs were Sarah Ritchie Newcomb, born May 10, 1873. She married Frank H. Whitney, April 20, 1897 in Quincy. The Newcomb's third child was Florence, born October 26, 1876. She married Egbert Hosford Castle, in Quincy, on October 29, 1902. The last child was a son, Richard Bernard Newcomb born August 7, 1880. He died in Ontario, California June 15, 1911. He was married to Aurelia Percie Wellman. Today the descendants of Richard Foote Newcomb and Anna Marie Ritchie help support many projects and charities in Quincy through the Stillwell Foundation, created in 1959 by John Brison Stillwell. 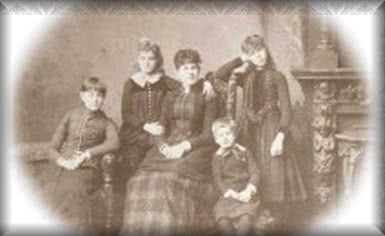 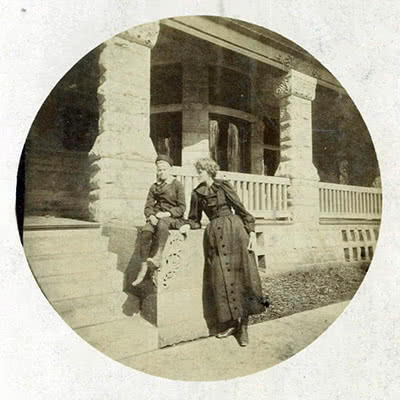 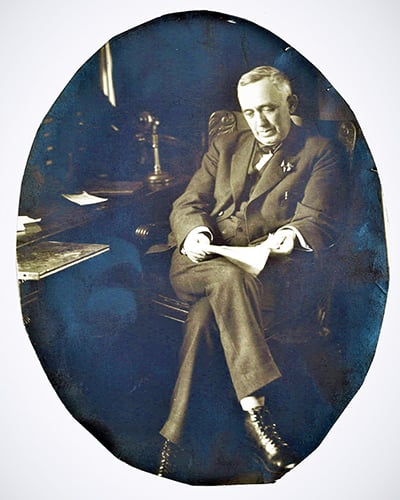